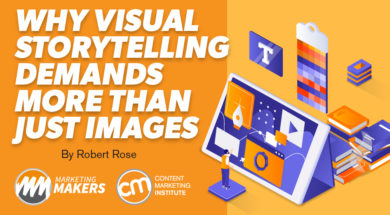 Visual stories have structure. They have beginnings, middles, and ends. They are about people – or at least humanistic souls – and they argue for a theme, or a moral, or a point by adhering to this structure.

Visual storytelling isn’t using an image of a diamond ring with the tagline, A Diamond Is Forever: 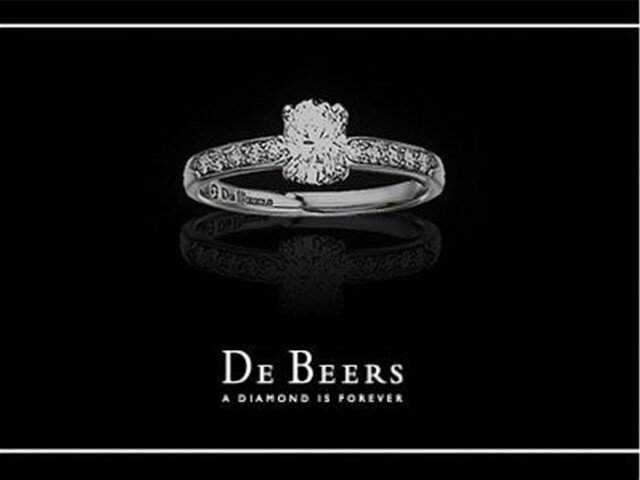 That is a marketing visual. It is designed to create attention with images and words. While you might not use a sparkling rock, you probably use images most often as a complementary tool in your blogs, slide decks, e-books, etc. You use images to break up copy, to get your content noticed.

That’s why we’re devoting episode 12 of Marketing Makers, CMI’s series for those who make marketing work, to visual storytelling. You can see it here and/or read on for some highlights and takeaways:

Visual storytelling requires you to first think as a storyteller and then use the visual medium as a way to tell that specific story. It’s essential today in a world where pictures and videos have become integral to our everyday language. We use emojis to add context to our conversations. We make jokes using a meme.

#VisualStorytelling requires you to first think as a storyteller, then use the medium to tell that story, says @Robert_Rose via @CMIContent @Vidyard. Click To Tweet

Visual storytelling doesn’t mean we never use words. It uses still pictures, moving pictures, graphics, and words not as a means of describing the story but as visual representations of the story.

Now that we have the definition understood, I want to give you some practical ways to think about visual storytelling.

1. Archetypes, stereotypes, and recognized symbolism are your friend

I know this sounds weird. We’re always trying to stay away from stereotypes and clichés. But when creating a visual story, we want to create impressions. So when we want to create emotion, easily understood metaphors are the fastest way to get there.

For example, in telling the story of a doctor, you can set a very recognizable scene with this image: 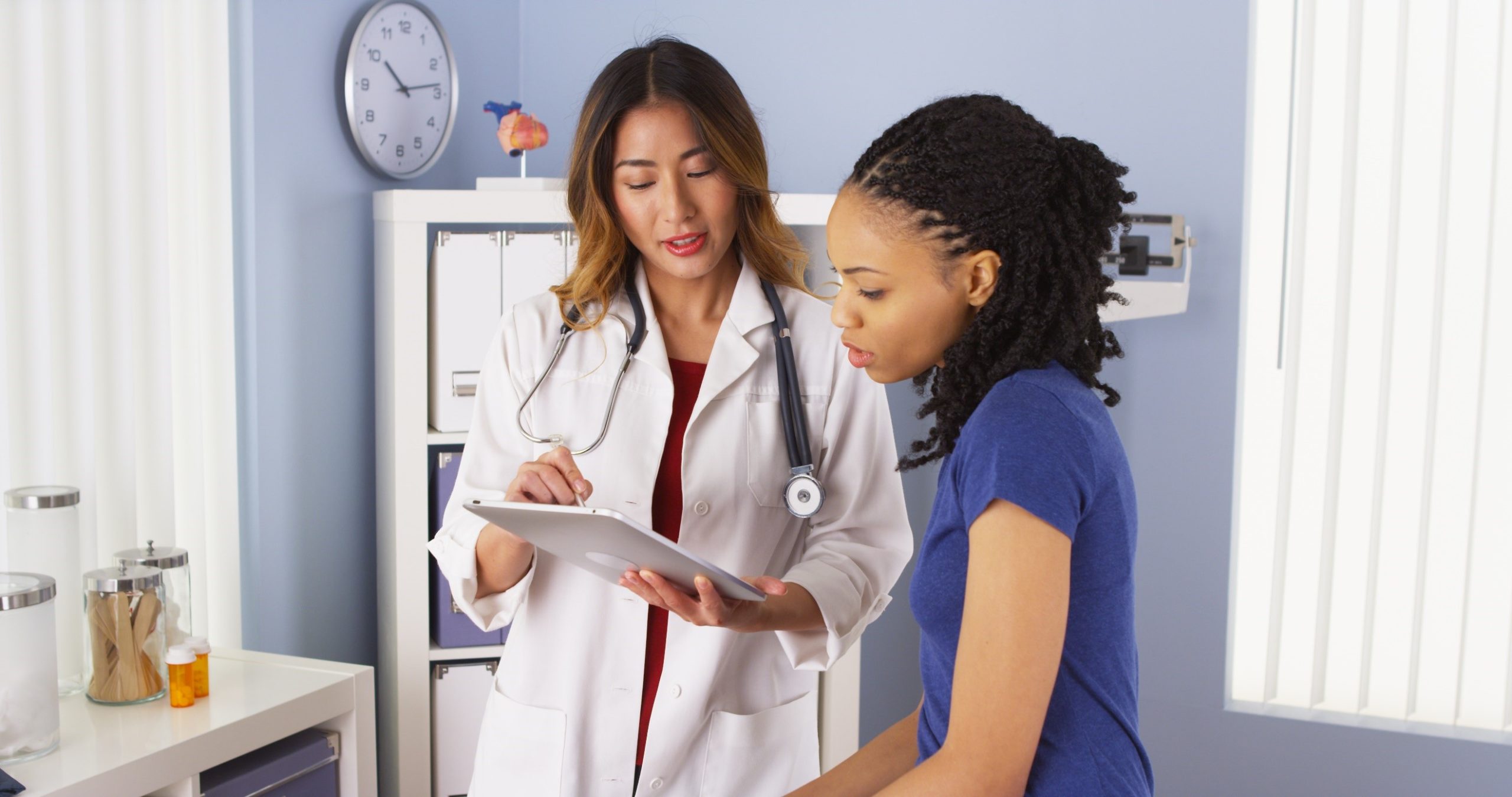 She wears a stethoscope and white jacket, while talking to a woman in a room with a canister of tongue depressors, a scale, in a fairly sterile-looking room. The visual clues let viewers immediately recognize she is a doctor. They don’t have to wade through sentences to understand her position and work circumstances.

Here’s another example. If someone wants you to have a mental picture and understanding of who they are, they can explain it or they share an image. This image explains “marketing” through five interpretations – what friends, mom, boss, society, and the person posting thinks it is – followed by an image for what it actually is. 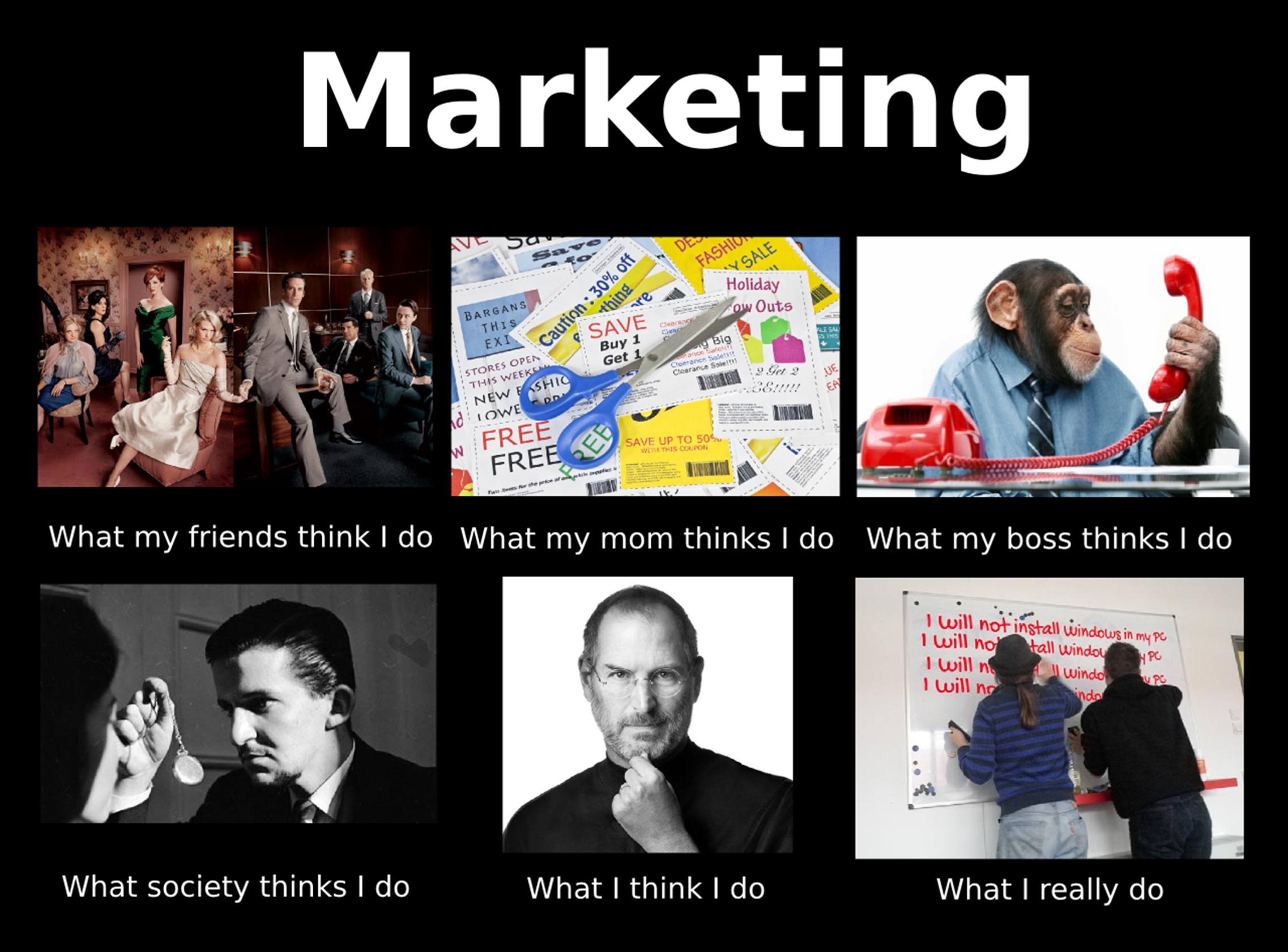 When you communicate something like that quickly, archetypes or sometimes stereotypes can be your friend. You can quickly get to the point of your story by using an image that your audience understands immediately.

Or you can use visuals to set a tone. In these memes, the words are the same, but the visuals convey something entirely different. For example, here’s a meme of Nicolas Cage’s character in Vampire’s Kiss with the words “You don’t say!” 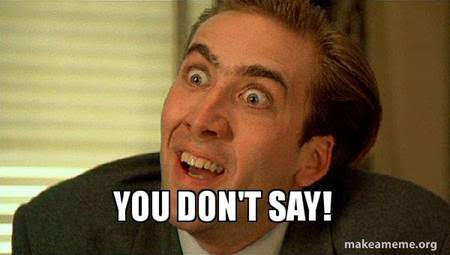 While this meme uses the same phrase, “You don’t say,” it uses a visual of Willy Wonka, the candy factory movie guy, giving it a different connotation. 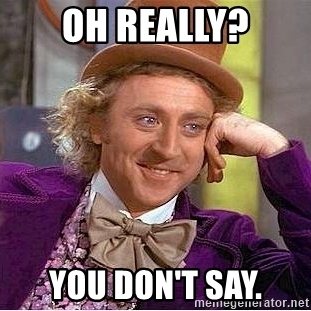 9 Types of Video Every Business Must Have to Succeed

There are SO many different types of videos you can make for your organization, it can be impossible to know where to start. Don’t worry, we’ve got you covered!

2. Let your audience fill in the blanks

Audiences are creative if you allow them to be. Honestly, that’s what readers often most enjoy about a story.

Pixar writer Andrew Stanton has this wonderful idea: “The audience wants to work to discover meaning, but they don’t want to be aware that they are working. They want to fill in the blanks.”

Let me write a familiar script to illustrate:

Mom to Dad: “Quick, while Logan’s at Grandpa’s, let’s go to the mall and get him that toy that every 5-year-old in the world seems to want for Christmas this year.”
(The duo grabs their car keys and run out the door.)

(Mom and Dad walk in groaning. Their clothes are torn. Mom holds an ice pack on her eye and dad’s face has a bruise.)

Grandpa (walking to greet them): “Logan just fell asleep … Wait, what happened to you?”

(Dad holds up the coveted toy.)

We immediately laugh because we know they weren’t in a car accident or mugged. They fought to get the toy at the mall, and they won.

That’s visual storytelling, viewers get to fill in the blanks – to figure out what the important images are – and you don’t have to explain everything.

Let viewers fill in the blanks in your visual stories, says @Robert_Rose via @CMIContent @Vidyard. Click To Tweet

You get to assembly the events, images, pictures, etc. to tell the most powerful story – not necessarily what happened in exactly what order. You don’t even have to include every event that happened that lead to the ending.

A great example of this is Forrest Gump the novel vs. the movie. In the book, the author concludes the story with Forrest giving away the shrimp business to Bubba’s family and living with an orangutan named Sue, begging for change, and sleeping on a bench. But the scriptwriter has Forrest give half his earnings from the shrimp business to Bubba’s family well before the final scenes. The movie concludes with Forrest seeing his son off on the first day of school. Throughout the narrative, they chose to reorder some events and change others. Their choices create distinctly different reactions and emotions.

Visual storytelling empowers you to tell the story you want to tell without the confines that often restrict text-based storytelling to linear structures.

HANDPICKED RELATED CONTENT: The Art and Science of Emotional Engagement

Ultimately, the strength of visual storytelling comes from the fact that our brains can process visuals faster, allowing viewers to react more quickly. And that allows visual storytellers to operate in a much different way.

If we can create different kinds of meaning in a different way, we as content marketers can differentiate our industry, products, brands, etc. in a sea of sameness. Of course, in the end, it’s all a mix of visuals, audio, words, and speech. Our job is to mix them all up together into a delicious soup.

There’s a writer’s trope, usually attributed to either Ben Franklin, or Thoreau, or John Adams: “If I’d had more time, I’d have written a shorter letter.” The idea, of course, is that it’s more difficult to simplify and shorten our ideas down into a concise message.

I think the same is true about visual storytelling true. It’s easy to get wrapped up in trying to put a visual to everything we write. But, in the end, it might just be one perfect picture that can tell the entire story. And that means taking the time to get the visual story right will be well worth it.

Subscribe to the Marketing Makers playlist on our YouTube channel or sign up for a CMI daily or weekly newsletter to get notified of new episodes.